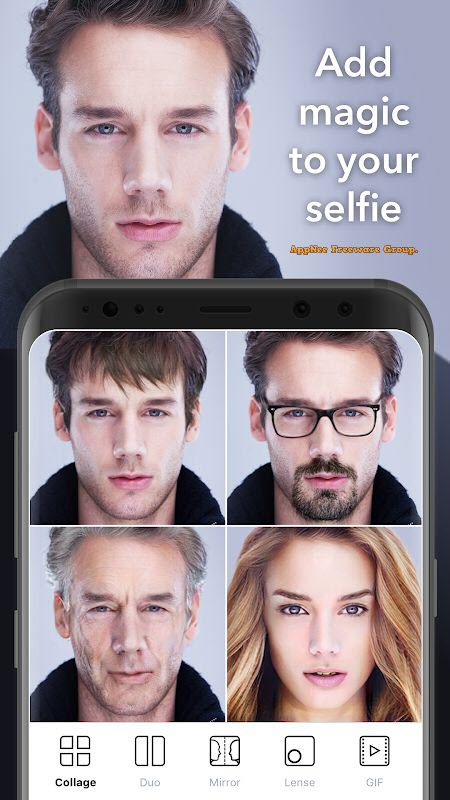 FaceApp is essentially a photo and video editing program for Android and iOS platforms, developed by Wireless Lab from Russia. It uses neural networks based on AI (artificial intelligence) to generate highly realistic transformations of human faces in photos (can make pixel-level changes to each pixel of a portrait), including make a face smile or cry, look younger or older, or change gender.

FaceApp provides many options to process the photo, such as editor options: add an impression, make-up, smiles, hair colors, hairstyles, glasses, age or beards; filters: lens blur, backgrounds along with overlays, tattoos, and vignettes. The gender change transformations have the ability to realistically simulate the appearance of a person as the opposite gender. You can become male, female, and “sexy” (like Meitu, mainly to make your skin lighter and smoother).

In fact, a lot of human image processing program have similar functions, but few have used artificial intelligence to achieve the realistic face transformation effects. Gender swapping is perhaps its most interesting feature, and it usually yields pretty good results. What makes FaceApp special is the algorithm and the big data behind it. In comparison, whether it’s a gender switch or aging with one click, its effects are more natural and faster to process. All in all, FaceApp is not only an interesting app, it also proves how artificial intelligence can make photos processing easier and more realistic than ever before.