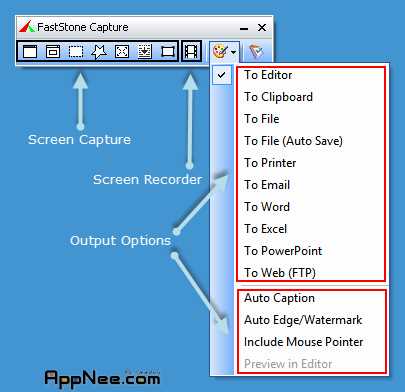 After finding and trying FastStone Capture, I decided to use it as AppNee’s spare screen recording tool for software tutorial demo video. Here, AppNee gives it the “Most Valuable” honor as screen capture tool and screen video recorder!

AppNee has tried so many famous screen capture applications, including BB FlashBack Pro, Techsmith Camtasia Studio, Techsmith SnagIt and CamStudio. Unfortunately, they all have a common fatal flaw: The file size is too big (ready up to 100 MB or even hundreds of MB); especially the file size of video generated by recording is so big that it is not convenient enough to upload/download and share on the Internet; further more, most of them need a long time to study and to be familiar with.

Differently, FastStone Capture just make up for these deficiencies – only about 3 MB after compressed, record and produce videos with same definition, it has a much smaller file size (which is the most important feature AppNee has been looking for, in order to upload the produced video tutorials to YouTube and other video sharing sites, and keeps a higher resolution at the same time, so that the audience can watch more effortlessly). Finally, I dare say FastStone Capture’s simple use is just as its simple but rich functions – concise yet powerful! 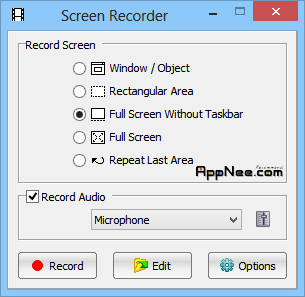 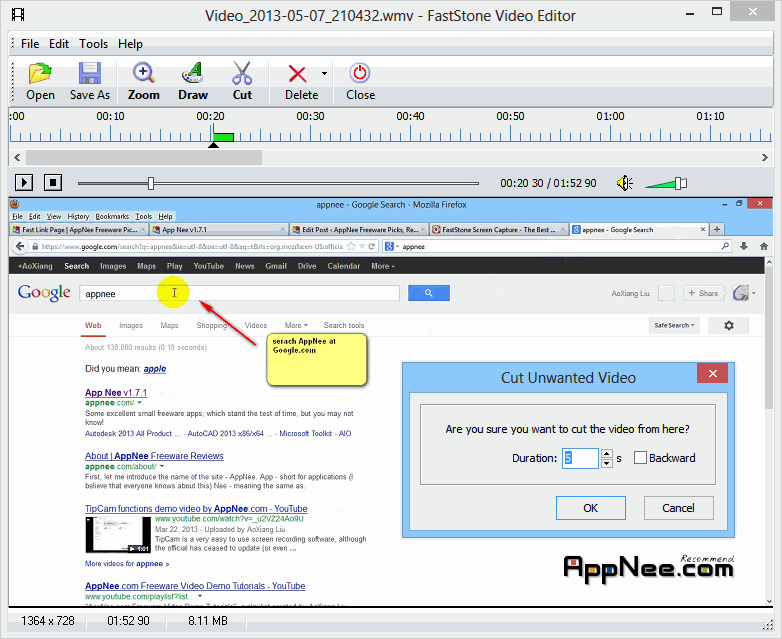