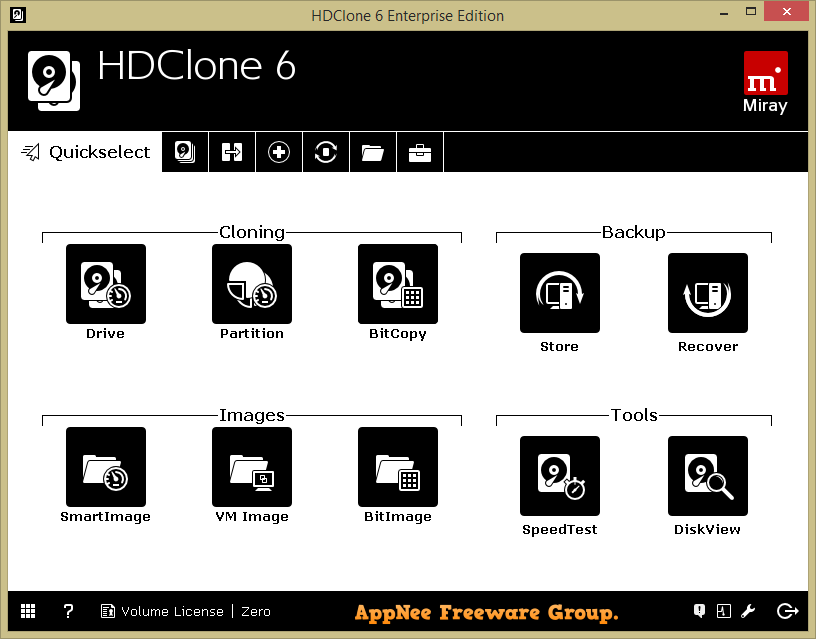 HDClone is a professional hard disk copying/backuping/rescuing tool from Germany. It can thoroughly copy/clone any data (that is, each byte) on a hard disk to another from the physical or logical layer. This means that, in addition to the backup task of data or hard disk, it can also help you finish the migration work of data or system, as well as the data rescue mission.

HDClone supports various interfaces (IDE/ATA/SATA/eSATA/SCSI) of hard disk, as well as all kinds of USB Mass Storage devices (such as: USB mobile hard disk, USB stick, card reader, etc.). It is capable of cloning a complete disk or converting it into image file according to the size of the source hard disk. And, it can not only run on Windows directly, also be burned into a bootable CD/DVD to use independently (because it has an inbuilt operating system with a graphical user interface – µnOS).

The use of HDClone is easy, in that it replaces the traditional text instructions with simple and straightforward graphics, which lets you know what you’re doing at a glance. When the key work mode is decided, you don’t have to worry about the rest of the work. Just click the “next” button step by step according to directions, and HDClone will fix it all for you.