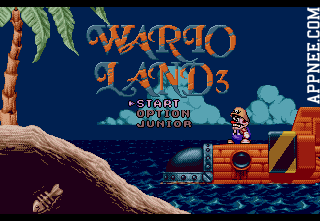 Wario Land 3 is one work in the series of Wario Land developed by Nintendo. This one is for SEGA Menga Drive, different from the one (??????3 ?????????, Wario Land 3: Fushigi na Orgel, Wario Land 3: The Mysterious Music Box) you played on Game Boy Color (GBC) and 3DS Virtual Console platforms.

The playable character in Wario Land is Wario, who’s originally designed as Mario’s archrival. Although he came up with similar dressing to Mario, yet has special skills which are much more valiant and powerful than Mario. Because GBA was released following after GBC, this indirectly led to this awkward situation that only few players played or even knew Wario Land 3 for SEGA. 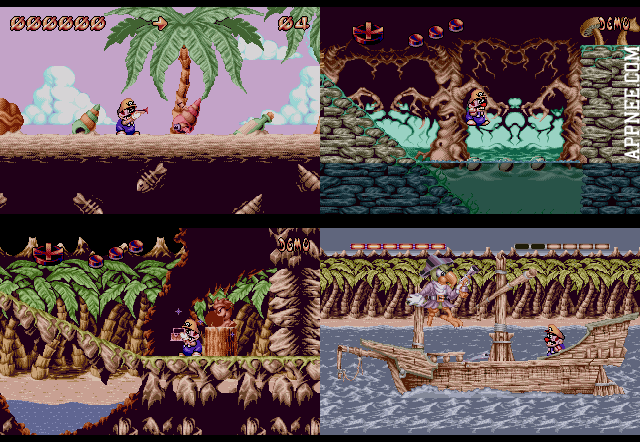 It is worth mentioning that Wario Land 3 attracted many players played it via its smooth action design and excellent music performance. The most impressive part is certainly the background music – using the same tone but different timbre to show multiple styles of music. Its music foundation is so substantial that enables players to guess what the scene is (plain, mountain, lake and cave, glacier, volcano or forest) just by listening to the BGM. Moreover, you can even distinguish it is day or night by this.

BTW, the whole Wario Land series is the action-puzzle type with pretty high difficulty, and in Wario Land 3 for MD, the second stage probably becomes the first challenge for most players.