I myself have the habit of keeping a diary. However, I am increasingly unwilling to record diary in words (text format) – because that is too inefficient. In particular, some words are easy to say out but difficult to immediately organize into words and write on the paper or type out via computer keyboard.

And, because I am more and more certain that Windows built-in sound recorder not only is hard to use (for example: does not support shortcuts operation, has no pause button, only allows to save the recording as WMA format, does not provide real-time waveform display…), but also sometimes occurs strange functional failures. After doing some search, I found a few of sound recording tools that conform to the standards of collection of AppNee, and Mini Recorder is one of them. 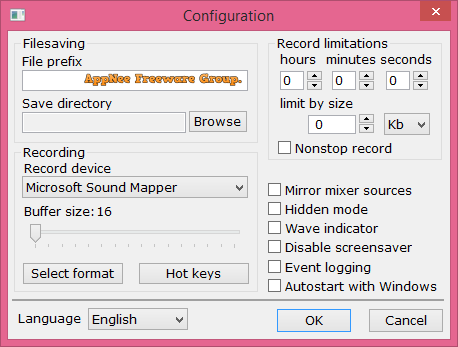 It is especially worth mentioning that, the greatest feature of Mini Recorder is that it can initiate a recording flashily, which makes sure it’s already doing that at the moment of you need to start a recording – there is almost no time or steps required (done with shortcut key operation). Therefore, it’s very suitable for many sound recording cases such as recording from tuners, recording a conversation from a microphone, recording telephone conversations, listening systems, and so forth. 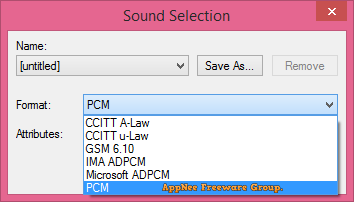 Basically, the quality of the recording depends on the selected codec. You can record directly to MP3 if you select the Mpeg Layer-3 codec (after the recording, the file can be renamed to * .mp3). The more powerful the codec you use, the more processor resources will be requested.