Because need of my work, generally I have to open two displays: laptop’s built-in and external desktop display screen. The 14-inch laptop screen is mainly used to display a document, while the external larger 17-inch monitor is used to display the program codes (which can display more contents), for easy to use.

But in general, the opened windows need to drag the mouse to switch between two screens, this is very troublesome. Moreover, the extended screen generally has not a taskbar as the original screen, so it is very inconvenient. 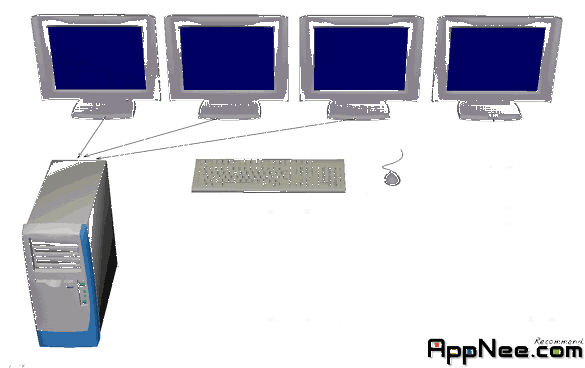 After launch, there will be an arrow key on every window, with witch we can switch windows among multiple screens with ease. In addition, MultiMon TaskBar can also generate a similar taskbar at the bottom of each extended screen.

In this way, all the windows displayed on the extended screen will not display in the taskbar of the main screen, instead, they will exist in respective extension screen taskbar provided by MultiMon TaskBar.

So it is more convenient to operate now, we do not have to move the mouse back to the original screen’s taskbar just in order to minimize a external screen’s window. 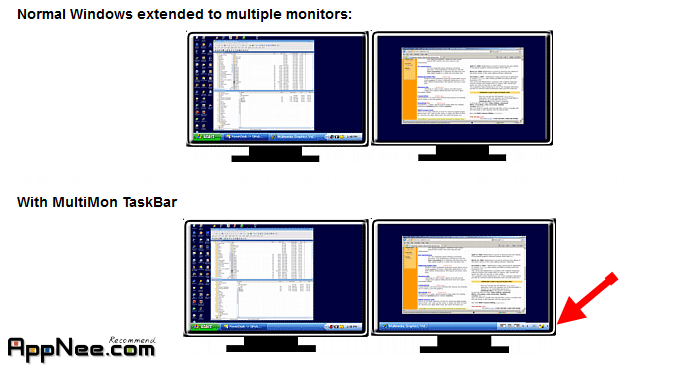 This is the MultiMon TaskBar v2.1 Free final version from official!