Super Mario 64 (AKA: ???????64) was developed by Nintendo for Nintendo 64 platform in 1996, just appeared on the market along with Nintendo 64 console in Japan. Meanwhile, it was also the first video game with 3D modeling, which laid a foundation for later 3D games on gameplay.

The important historical significance of Super Mario 64 is, it’s not only the first 3D work in the whole Super Mario series, which has a great influence on after 3D game works on many platforms; what’s more, for a long time, it has been the benchmark within the 3D action game industry. 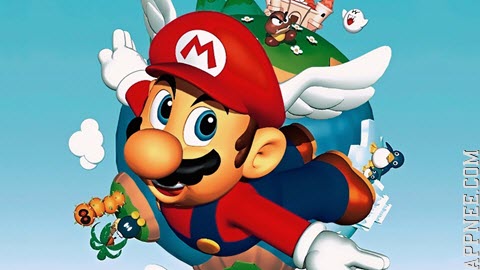 In the near future, AppNee will release its another two related game works: Super Mario 64 DS (Nintendo’s official remake work with appended new elements, released in 2004, published as a start game along with the Nintendo DS console) and Super Mario 64 HD’s first stage (a HD remake work developed using the Unity game engine by fan player Roystan Ross, but because of copyright issues it had stopped development).