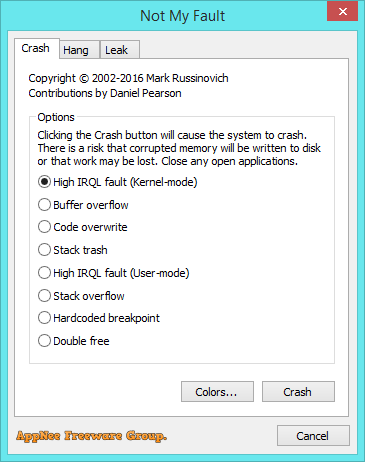 Not My Fault (AKA: NotMyFault) is a driver-level system debugging tool, developed by Microsoft’s Sysinternals group, used to artificially make system crash, memory leak, frozen screen and blue screen in order to reconstruct, analyze and debug the potential problems in a computer.

Not My Fault allows user to actively make the system crash in a variety of ways, then user can transfer the generated dump (.dmp) file after a system crash as an image file to analyze the bugs inside. This tool is primarily used for testing and debugging the system bugs or errors. In addition, it also supports changing the default color of screen when system crashes, so as to make it no longer limited to the monotonous “Blue Screen of Death (BSOD)”. To warn everyone beforehand, the execution of this software is very easy to cause the unpredictable data loss. As a result, it is not recommended to utilize it on a machine for productive use.

BTW, Not My Fault this small tool also has an abnormal application – after setting it as startup when system boots by calling it from command line, then this computer will fall into the “Blue Screen + Restart” infinite loop! Of course, we all know that it is absolutely not designed to make a fool of people, but to give you a better understanding of the system problems that may occur. To this end, Microsoft is well-meaning in deed. 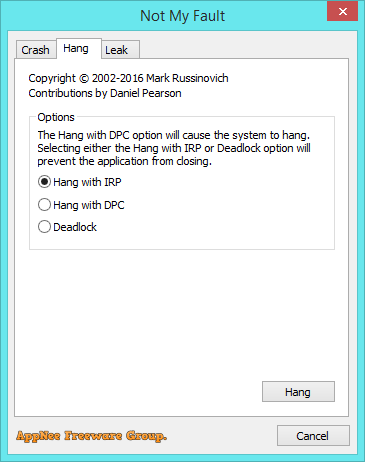 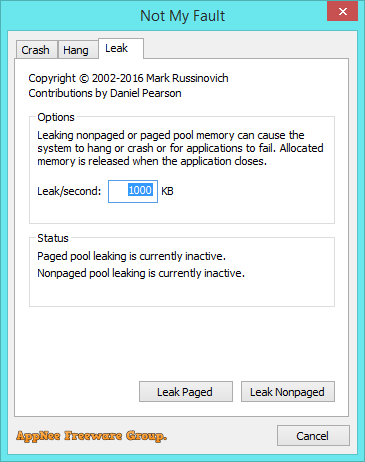