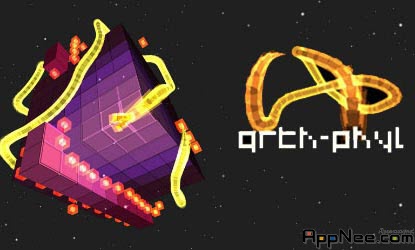 Snake, also known as Gluttonous Snake, is a classic computer arcade game produced in mid and late 1970s, it became popular again due to the introduction of small screen devices in the 90s, and reached out to the world along with Nokia mobile phone.

Nokia made great contribution to the promotion of Gluttonous Snake. Major versions are as follows: Now Snake has appeared many variations, and transplanted to various platforms. Players use direction keys to control a long “snake” to swallow “beans” endlessly, meanwhile, the snake body gets longer as the swallowed beans are more. But when the snakehead hits any part of the snakebody or some barrier, then your game is over.

This is the qrth-phyl Portable Full Version for PC platform, made by AppNee.