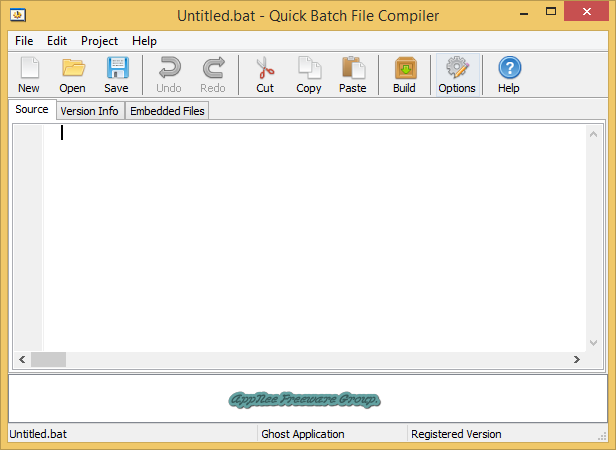 Quick Batch File Compiler (Quick BFC for short) is a small app used to compile/convert any batch file (.bat or .cmd format) into the real executable file format (.exe), which can run unlimitlessly under Windows. For the converted EXE file, you are allowed to customize its icon and version info, and the content inside a batch file can be encrypted in order to prevent unauthorized modifications.

Quick Batch File Compiler has nothing special if it could just compile BAT/CMD into EXE File (for hacker or virus builder and spreader, that’s really not interesting). The beauty is, apart from the traditional Console Application, it also allows users to create ‘Ghost Application’ running in the background, which won’t create any window, may be useful for ‘Silent’ installation.

Quick Batch File Compiler also allows you to bundle the generated EXE file with any other files and call them through command lines. Moreover, the compiled EXE can be encrypted (using a password) to a certain extent, so as to prevent unauthorized users from viewing the batch file’s source code. These features are rare among similar software (maybe only Bat To Exe Converter is comparable). But in fact, I myself like Bat To Exe Converter better than Quick Batch File Compiler. 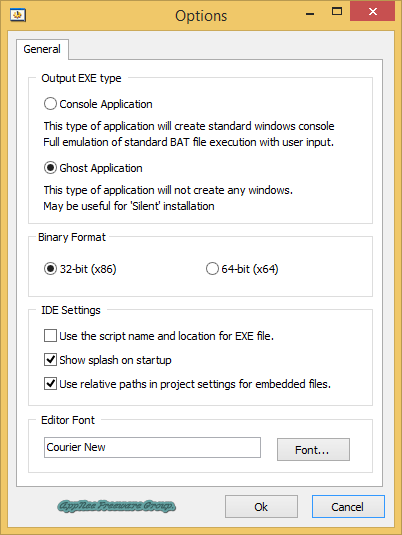