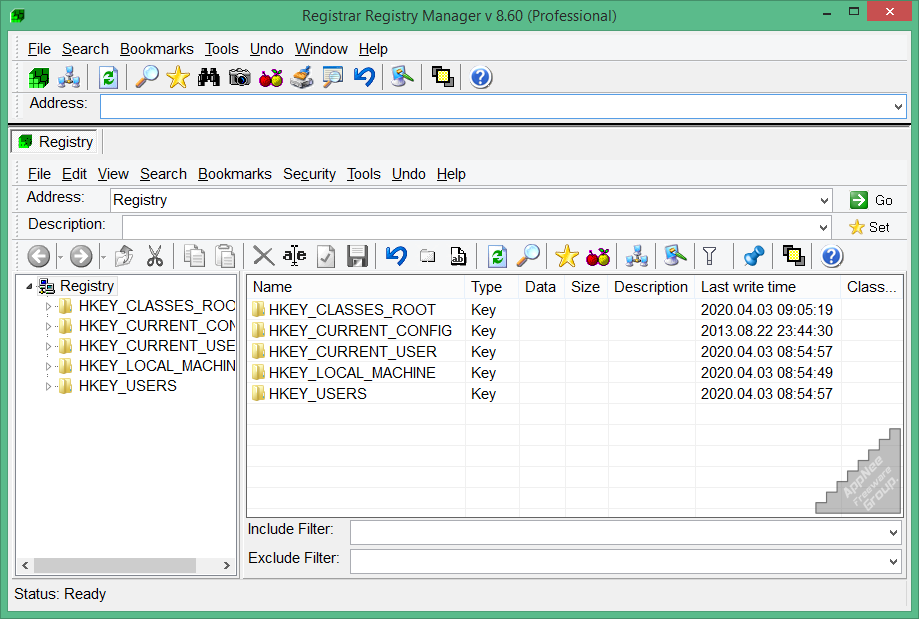 Registrar Registry Manager is an advanced and well-functioning Windows registry toolset with a wealth of powerful features, specially developed for administrators and power users, not beginners. It is considered to be the most prominent alternative to Windows’ built-in registry editor and other similar programs, and the preferred choice for registry management experts.

Registrar Registry Manager allows you to perform various editing and administration operations to registry on both local and remote systems just as conveniently as using the Windows Explorer. In addition, it also supports registry backup/restore, a quick search and replace, allows to add comments and color to registry keys/values in the bookmark editor, supports undoing all the registry changes, provides a registry defragmenter, a registry monitor (which records the accesses and changes made by system and other applications to registry in detail), a registry comparer (checks the difference between two keys), allows to set the access permissions of registry keys, supports importing registry data from files, and provides cleanup function to make your registry become more healthy.

Finally, thanks to Red Bill for recommending Registrar Registry Manager to AppNee and all its users around the world. To be honest, AppNee did not compare it with Registry Workshop in detail. But what I am sure is that: First of all, the functions of the two are basically the same. At most, the former pays more attention to details; Second, even though Registry Registry Manager is more powerful, it is certainly not as easy to use as Registry Workshop, which is very important for many ordinary computer users. 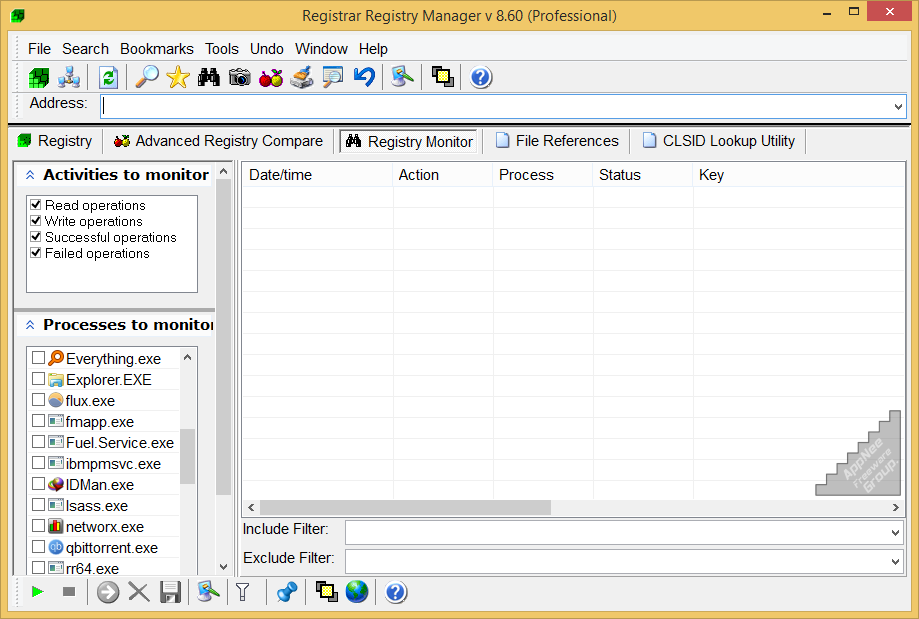