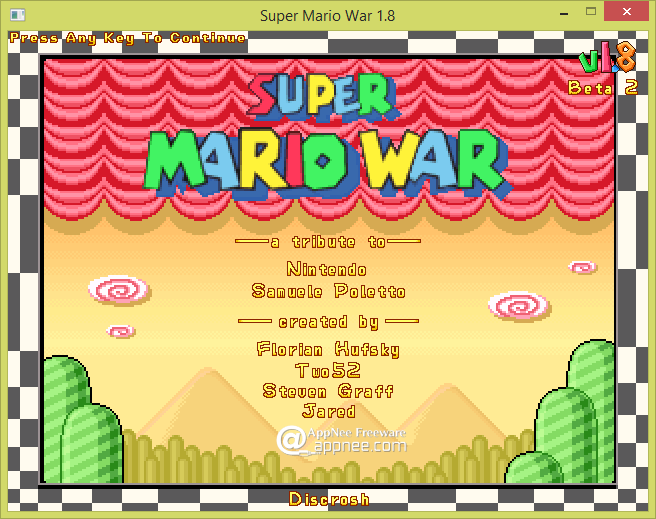 Based on Super Smash Bros. and Super Mario Bros., cooperated with the original background music and rich game scenes, Super Mario War can be the outstanding one of the remake works of fighting style Super Mario. Game operation is simple, but it will be a little bit difficult if you want to defeat the computer player.