Ghost (short for General Hardware-Oriented System Transfer) is an excellent backup & restore tool (commonly known as cloning software) for system, data on hard disk/partition developed by the famous Symantec company from America. For the vast majority of advanced users like system administrator/network manager, it is used to backup the system partition (so as to minimize the time and labor spent on each reinstallation of OS furthest) or data on a disk.

Ghost can provide a complete backup & recovery to the OS, supports various file storage formats used in multiple operating systems (including FAT, FAT32, NTFS, OS2, HPFS, UNIX, NOVELL, EXT2, EXT3, Linux Swap, etc.). This means Windows, Linux or Mac OS users can use Ghost to backup their OS caring nothing about what it is, which even allows to make a full backup for unsupported partition in the sector-to-sector method. So, with help of Ghost, we can clone all the content on a disk to another, compress the whole disk and store it as an image file. In particular, if you have several PCs with similar hardware configuration that want to use the same OS, then you will find that using Ghost makes things become much simpler and more efficient. 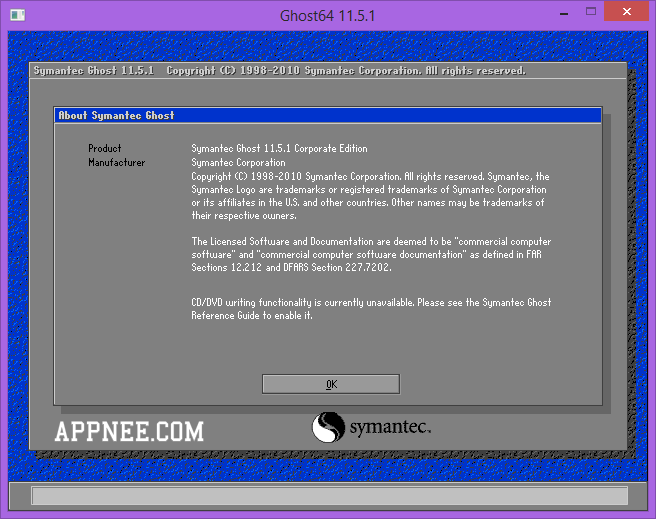 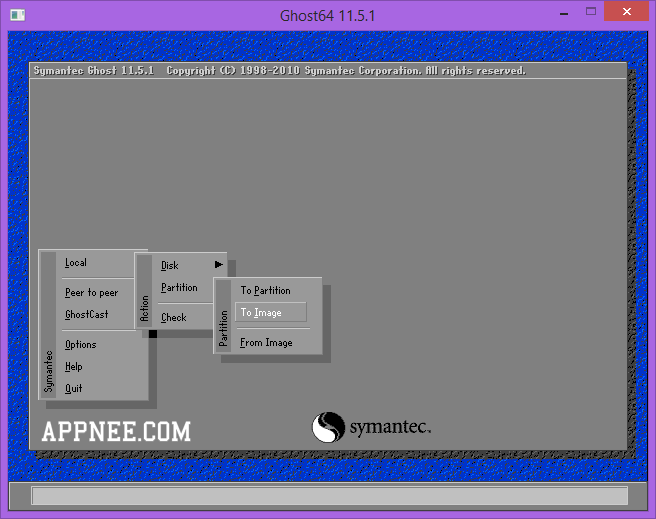 Besides, the storage media types that Ghost supports are beyond our imagination, and what’s more, this feature does not need any driver or software to go! Especially the support for CD/DVD burners, now the burner and blank CD/DVD are all very cheap, so this way is very suitable to many purposes of important data’s backup for individuals and enterprises. 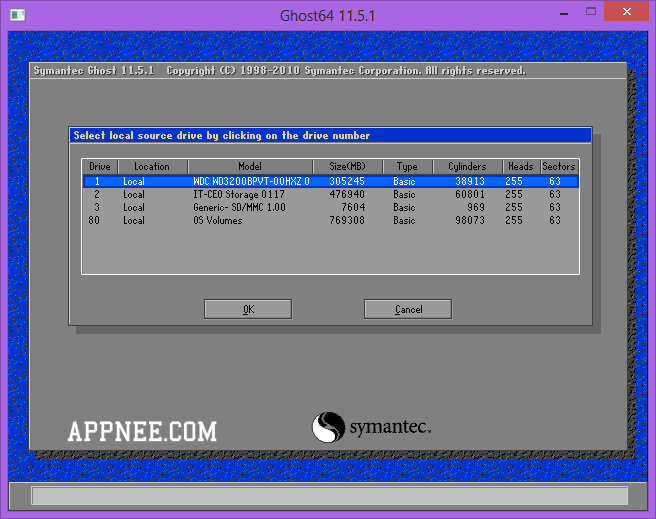 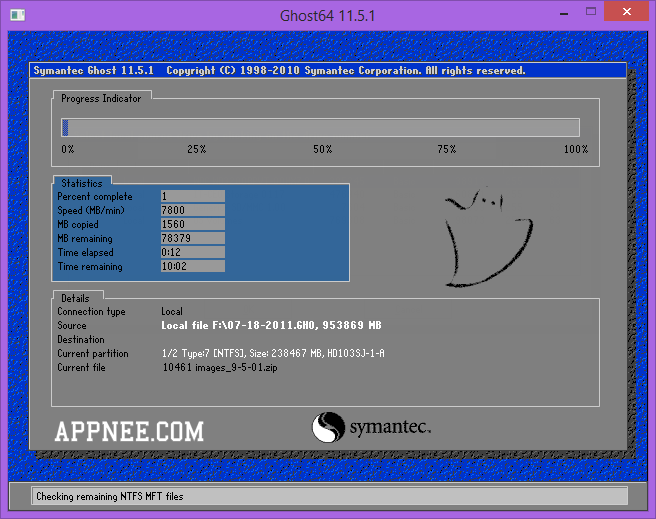 Below, we only take Windows for example:

From now on, at any time, as long as your Windows is out of any problems, such as running slower and slower, infected with virus/trojan, damaged with losing system files, etc., then you can use the .GHO image file in your hand to quickly restore your Windows to its most original state – the day you installed it, which is almost perfect. In this case, we can avoid wasting time and energy in installing, cleaning and optimizing the whole system and a lot of software over and over.

For the case when you are in an office environment with many PCs having the same/similar hardware configuration, then this single .GHO OS image can be used anywhere and anytime – ‘One-To-More’ OS cloning.