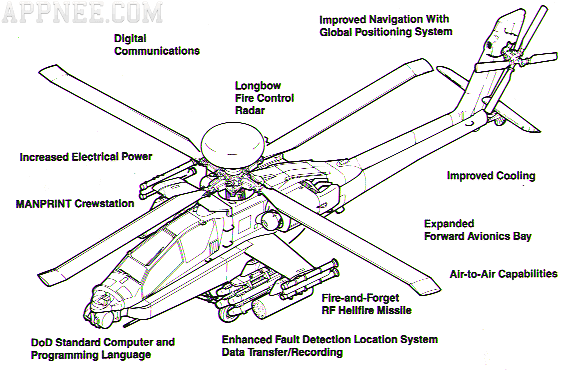 Technical and Operator’s Manual for AH-64D Apache Longbow Attack Helicopter is the military internal data for the classic American four-blade, twin-turboshaft attack helicopter Boeing AH-64 Apache. It was published by headquarters of United States Department of the Army on 29 March, 2002.

Boeing AH-64 Apache is now still the main attack helicopter of United States Army, developed from the Advanced Attack Helicopter (AAH) program of U.S. Army in the early 70s of last century, as the subsequent model of Bell AH-1 Cobra (AH-1 Cobra Attack Helicopter). Depending on its excellent performance and actual behavior, since its birth date, AH-64 has been always the #1 in the world’s attack helicopters comprehensive ranking. 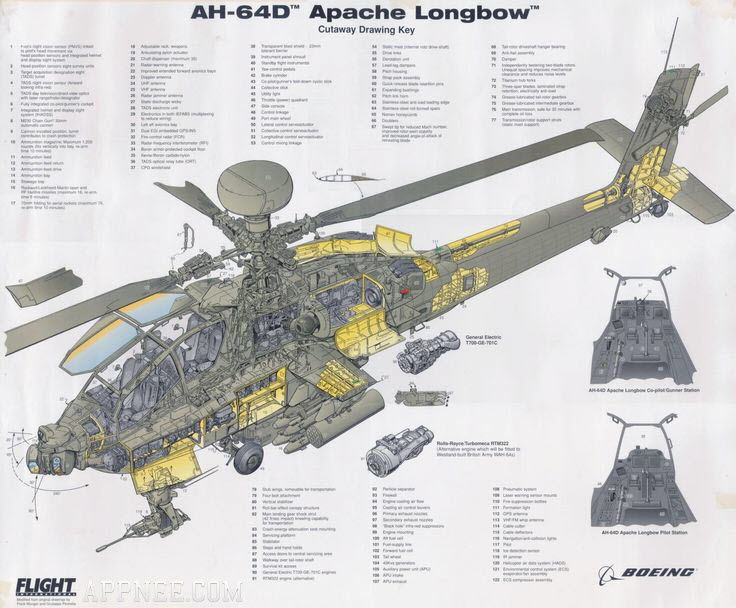 Among them, AH-64D Apache Longbow is a greatly improved model carrying the advanced sensors, power and weapon systems. Besides, it has improvements on the survivability, communication ability and the ability to navigate too.

AppNee just shares it to military, weapon model enthusiasts and game developers. This book contains all the details you need about the Apache series of attack helicopters in its 1082 pages of content. So, it has a pretty high reference and collection value.