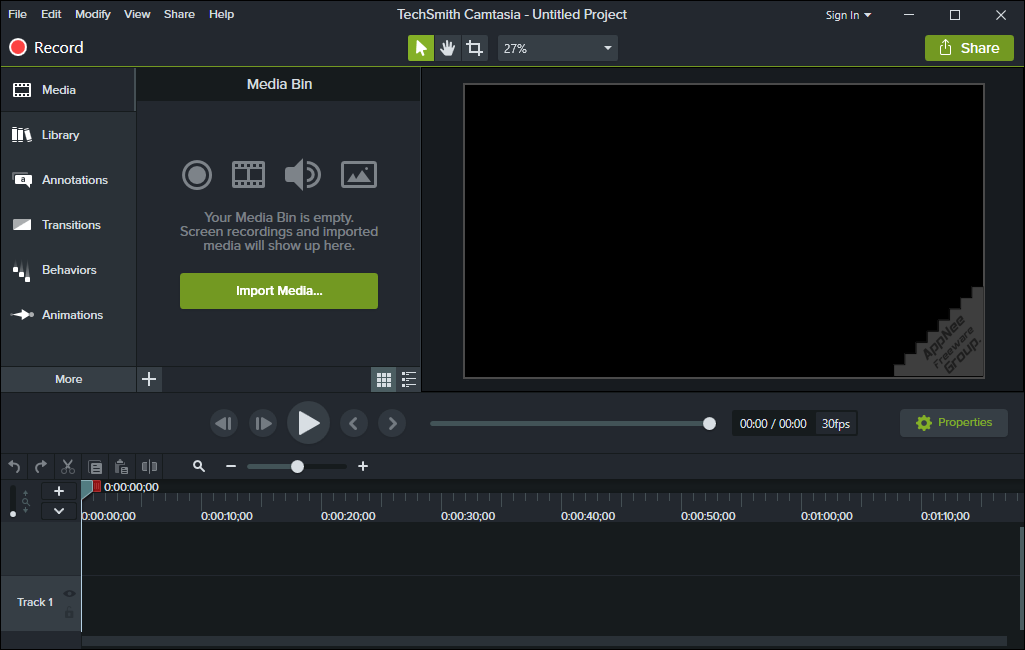 For TechSmith Camtasia Studio Portable full registered versions for Windows (both 32-bit and 64-bit), AppNee has prepared for a very long time. Its resources are so complex and full of chaos & short-validity, especially for various versions made using different methods. But fortunately, today we can work all of them out in one place.

This also means – from now on, on the whole Internet, any form of working portable versions (most of them would be made only by AppNee) of TechSmith Camtasia Studio won’t be chaotic any more, all the related resources will be filtered, reorganized, tested and unified by AppNee, then finally released in this post. We believe this post will become the pronoun of Camtasia Studio Portable versions. Of course, this depends on everyone’s support and feedback (it’s impossible to settle a matter at one go, so that needs many times of trying and debugging) – just in order to make it more complete and perfect, and eventually enables more and more users who need Camtasia Studio to benefit from it.

Each portable version has no registration or installation required; some were made in the form of single one executable file and others were out as the normal portable files. But they were all made from the official setup files, integrated with working registration information (that’s to say they are fully registered versions all the time) and came up with very high compression ratio (for some versions, they can be as small as 20+ MB). And the most important thing is, with portable version, we do not need any license keys at all, and they work all right without any restrictions on use of time and function. All what you need to do is just download and extract to run.

In the end, about this post, you should know this: it will always keep updating, correcting and perfecting! That, of course, means more and more versions will be added into it (including those old but classic ones).

With this suite, users can process screen-operation recording and dubbing; video clipping; interlude animations, captions and watermarks adding; video cover and menu making; as well as video compression and playback.

*** Disable Camtasia’s updater at launch. Do not update program.

*** Use firewall to block both incoming and outgoing connections of Camtasia.

The ‘Camtasia.dat‘ file exists in v9.0.1 single portable full version made using VMware ThinApp might be falsely reported as Threat: Win32:Malware-gen with high severity by few anti-virus software (now, they are AVG and Avast – We’d better give them some time to correct their virus database), you can see the virus scan report of Camtasia.dat from VirusTotal. If you worry about this, just use Camtasia’s official setup + AppNee specific universal activator instead. Again, new methods to make Camtasia portable full versions will follow up.

New portable full made using Cameyo came up with some improvements. For example:

From version 9.0.x, we started to use PAF (PortableApps Format) to replace the former ThinApp and Cameyo formats to get better performance and easier producing process. But that still needs some time to be improved and then released regularly.