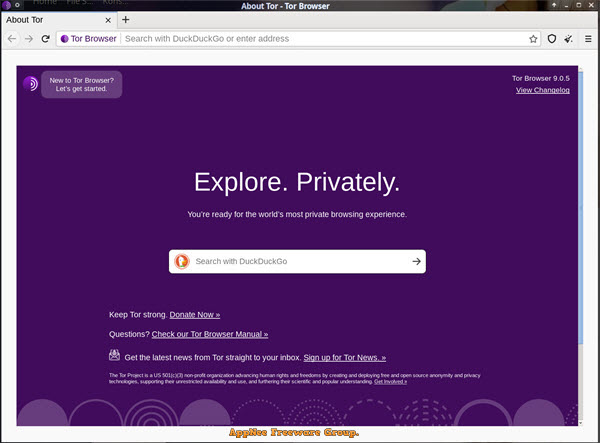 As we all know, Freenet famously led to the popularity of the dark web before Tor was released. Today, there have been many dark web systems, large and small. Freenet, Tor and I2P are known as the three giants in dark web, and thereinto Tor has the largest user base. In essence, Tor (short for The Onion Router) is a free software designed to realize the anonymous Internet communication.

Through Tor, users can connect to an overlay network consists of thousands of relays provided by volunteers from around the world for free, so as to achieve the purposes of hiding the real address of users, avoiding Internet surveillance and traffic analysis. As a result, Tor users’ Internet activities (including browsing online websites and posts, Instant Messaging, and other communication forms) are fairly difficult to track. Of course, Tor was originally designed to protect users’ personal privacy, as well as the freedom and ability to communicate secretly without being monitored.

Tor Browser (formerly known as Tor Browser Bundle, TBB for short) is the flagship product of the entire Tor project that was created by Steven Murdoch in 2008. It was modified based on the Mozilla Firefox ESR browser, and has been tweaked a lot for security and privacy protection by the Tor Project developers. Tor Browser has built-in extensions such as TorButton, TorLauncher, NoScript, HTTPS Everywhere and Tor proxy, is released as free, open-source and portable software, and can run on a variety of operating systems, including Windows, Mac, Linux, Unix, Android.

In terms of working mechanism, Tor Browser starts the Tor process in the background and connects to the Internet through it. Once the program is disconnected, Tor Browser automatically deletes all private, sensitive data, such as cookies and browsing history. The software itself provides a SOCKS proxy service through which some applications can already use the Tor network. When used in combination with proxy server software such as Privoxy, Tor Browser enables all networking applications that utilize the HTTP/HTTPS protocol, as well as all applications that can set up an HTTP/HTTPS proxy to connect to the Internet via the Tor network.