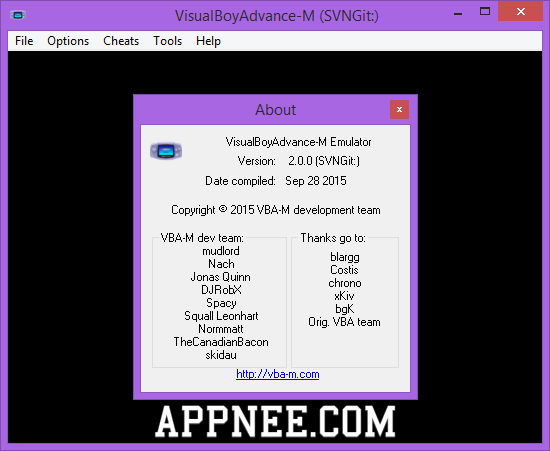 VBA-M (short for VisualBoyAdvance-M, AKA: VisualBoy Advance Merge) is free, open-source and cross-platform emulator for Game Boy series of game consoles (GBA, GBC, GB) made by a team of amateurs from Italy. It came with improved compatibility and features integrated from various builds based on the classic VisualBoyAdvance.

Yes, VisualBoyAdvance is quite successful and popular, but it has stopped developing/updating for more than 10 years. Fortunately, since it is open-source, several derivative editions came out, such as the VBA Link features netplay, VBA smooth with new added all kinds of layer filters, and so on.

And then later, it is the more advanced VisualBoyAdvance-M we can see today, which fused the main features of above-mentioned two editions (made a lot of improvement and optimization on the basis of the original VisualBoy Advance). So It has been considered to be the new and most powerful, easy-to-use GBA emulator by many video game fan players for now. In short, in today that VisualBoyAdvance has discontinued, we strongly recommend you to start to use VBA-M instead. 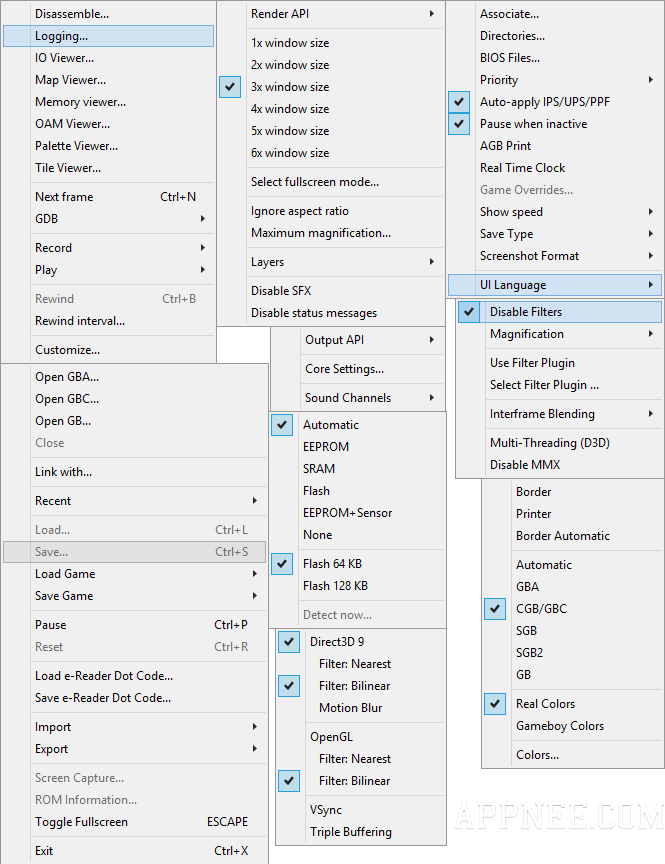