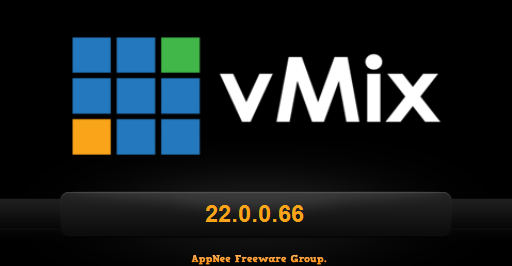 Using computer hardware to provide real-time and high-definition video mixing is a task previously only possible on expensive dedicated hardware mixers. But things are different now. We can achieve the same goal with powerful software like vMix on computer. It provides users with a better live-broadcast video production plan, and provides video editors with more professional rendering and output functions.

vMix is a live video production & streaming software from Australia, written in VB.NET. It enables you to create professional-quality video mixing works on your own computer at very low cost, and is suitable for occasions such like multi-channel cameras switching in studio, virtual studio, live video streaming. As a new type of video mixing and switching software, vMix can mix all kinds of video resources (including real-time video captured by cameras, local video files in a variety of formats, DVDs, images, audios, and more) to create a perfect video masterpiece, and replace the professional video mixing equipment to some extent.

vMix provides a large number of video templates; supports PPT playing, loop playback of combined list, 4K video recording; allows to use different video qualities and codecs; supports connections via a variety of network devices; can capture remote desktop for rebroadcast; supports remote control via mobile phone/tablet/PC; can split one screen into two; and allows user to continue to use the computer for other tasks without affecting the video broadcasting on the screen. In addition, it allows to add multiple cameras, videos, images, audios, Web streams, PowerPoints, titles, virtual scenes, color keys, and more for broadcasting video. Also, users can display, record and stream their live video productions simultaneously, and switch between various video input sources at will. 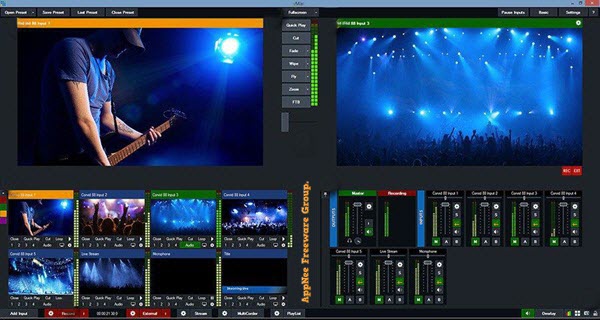