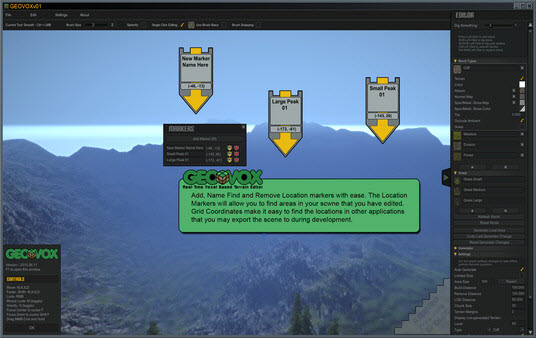 GeoVox is a voxel-based, real-time terrain generation tool, developed and published by Axis Game Factory in 2015. As a terrain creation tool, its most prominent feature is that it’s based on Volume Pixel (Voxel). With its help, game developers can instantly create lush AAA quality of environments from the start; create carve, sculpt, and generate scenes like never before; then play with and share them.

As an excellent game terrain design and creation software, GeoVox is mainly used to design scenes for various PC games. It is able to completely plan and construct a delicate map scene that can achieve the 3A level of picture quality, which plays a big role in the game development. In addition, GeoVox provides a visual editing and designing environment, supports real-time game simulation that allows developers to test for level playability as they are creating, supports exporting the created scene file as .obj format, and so on.

In the end, as AppNee sees it, GeoVox has no future, and it faces either being integrated into other game development IDE or being abandoned (I think its development team might have decided to do that). But before that day comes, we can still make good use of this handy and efficient voxel-based terrain generation tool. 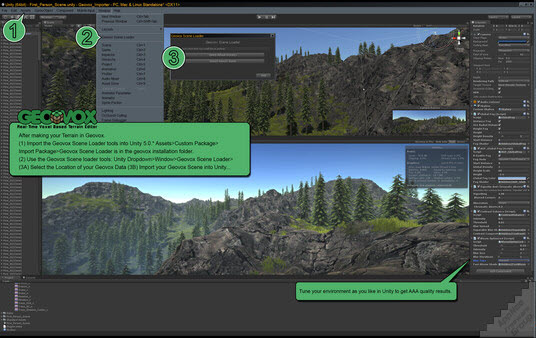