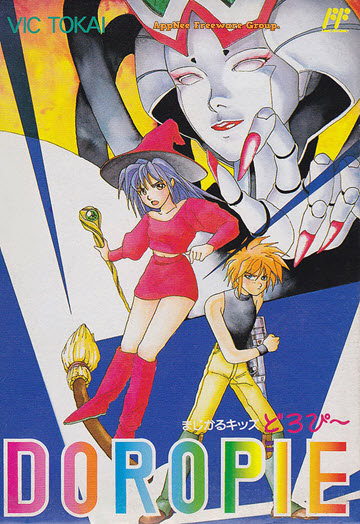 First of all, very few people knew about this game, and even at the time, it was rare to see a cartridge of this game on the market. I accidentally played this game at my classmate’s house when I was in primary school. Unfortunately, I didn’t remember its name at that time, just remembered its unique gameplay. It wasn’t until more than 20 years later that I found it in an FC game forum where I got help by describing the gameplay I remembered.

Magical Doropie (AKA: The Krion Conquest, Magical Kids Doropie) is a classic side-scrolling, Mega Man-like action adventure video game for Nintendo Entertainment System platform, developed by Vic Tokai from Japan in 1990. Its gameplay was borrowed from Capcom’s Mega Man series, while its cutscenes imitated the ones in Tecmo’s NES version of Ninja Gaiden. Its charging attack feature was later incorporated in Mega Man 4 and most of the later Mega Man titles also featured the charging “Mega Buster”.

The difficulty of this game is very high (the difficulty is not the BOSS, but the level itself: the health amount of character is very low; the enemies in the layout are endless refreshed; many of the layouts are quite complex; when the character touches the trap, the game ends; players are not allowed to continue infinitely…), the level design is interesting, the character has six changeable states that can be changed at any time depending on the battlefield conditions. 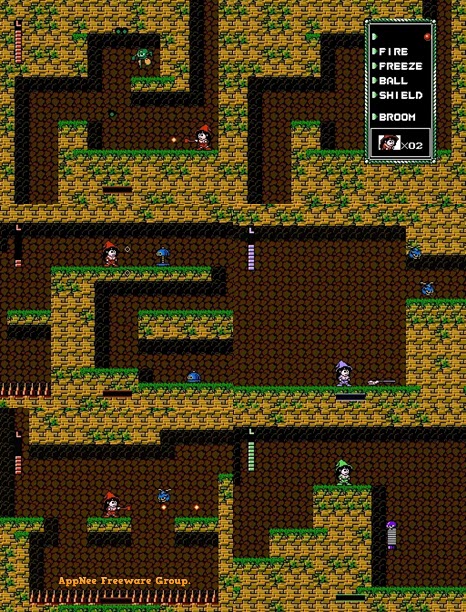 // Differences Between JP and US Versions //