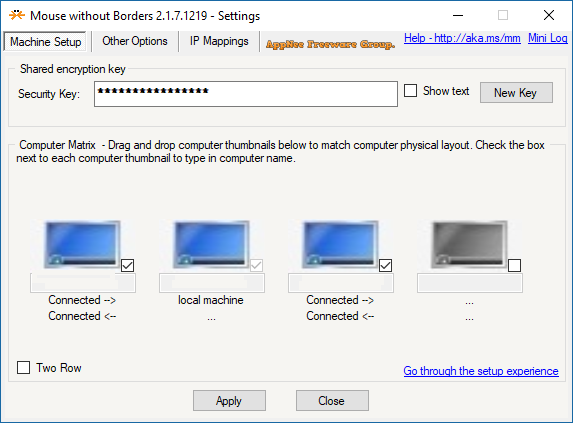 Mouse without Borders (AKA: Mouse w/o Borders) is a keyboard & mouse auxiliary tool released by Microsoft, developed by Truong Do from Microsoft Garage in 2011. This small tool allows user to use a set of keyboard and mouse to control multiple computers (up to 4), including copy/paste (i.e. share the clipboard), drag & drop, and other common file operations on different computers just like using the same computer, thus greatly improving the work efficiency.

In addition to supporting file manipulation, Mouse without Borders also allows user to log in from one computer to all other connected computers, and supports switching between different computers using shortcuts. Even better, you can customize the desktop wallpaper of each computer through Mouse without Borders, supporting the daily wallpaper from Bing. Of course, the premise of all this is that all your computers are under the same LAN.

Without any doubt, controlling multiple computers within a LAN using a set of mouse and keyboard is nothing new. For example, similar applications Synergy and Input Director can achieve the same purpose. Thereinto, Synergy even works across Windows, Mac and Linux platforms. To some extent, the significance of such applications is putting many old computers on the shelf to be useful again, without having to plug and unplug mouse and keyboard back and forth. 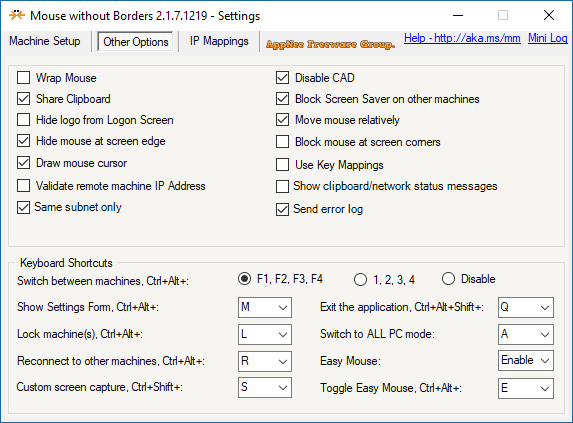