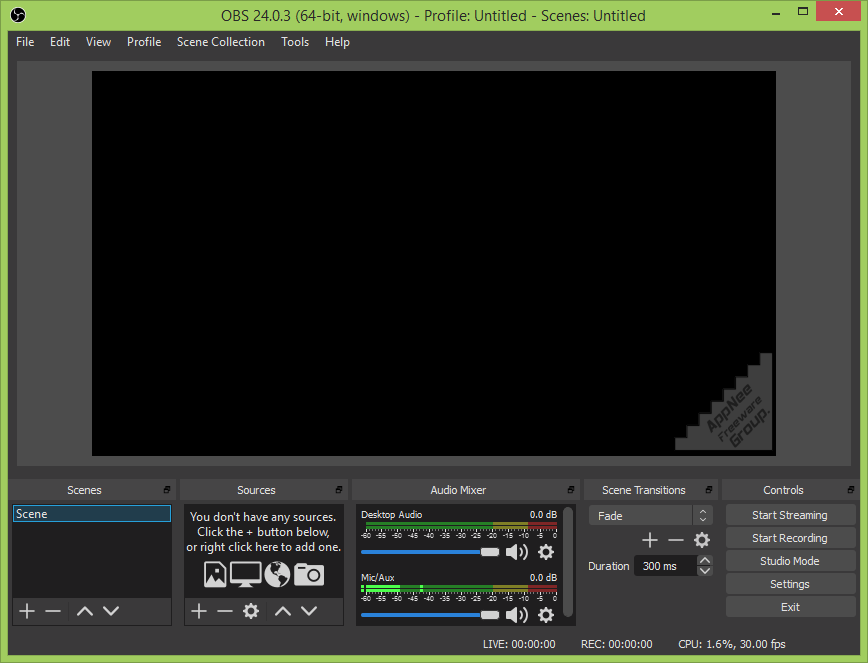 Due to the popularity of live streaming, the success of XSplit Broadcaster intensified the competition within the Internet-based broadcasting software industry. OBS is one of the live streaming apps that wants to surpass XSplit. So far, it has been slightly better than XSplit in terms of functionality and performance. In addition, its official said it would be free forever (I hope so). This means that if XSplit doesn’t master some revolutionary new technologies, it will soon be ruined by OBS.

OBS (short for Open Broadcaster Software, AKA: OBS Classic, OBS Studio) is a free, open-source and cross-platform broadcaster software (i.e.: video recording and real-time video streaming tool) for Windows, Mac and Linux platforms. It has a variety of functions and is widely used in video capturing, live broadcasting and some other fields. Compared to the classic XSplit, it takes up less system resources, requires lower hardware configuration, thus it performs better, and allows to output smooth video streaming while maintaining the high-quality picture. One feature the two have in common is support for recording MP4 format of video without having to recompress the video, which further improves performance and saves disk space.

Open Broadcaster Software is no stranger to many broadcasters around the world. In fact, many well-known live streaming platforms (especially in gaming) and professional gamers have begun to choose to use OBS for their live streaming of matches. With OBS, users don’t have to worry about the compatibility at all for the most part. In addition, it can help live broadcasting users add a variety of video and audio effects, and directly push the video streaming to various popular live streaming platforms in the world, both of which are really practical and popular function design.