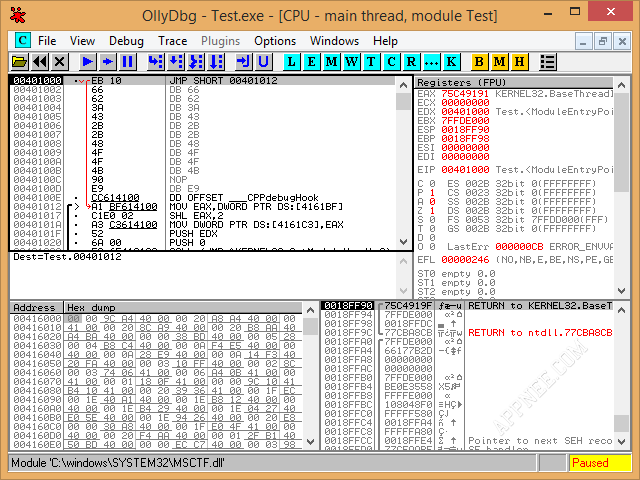 OllyDbg is a professional 32-bit assembler-level analyzing debugger from Germany, written for both Windows 32-bit and 64-bit, released and kept as freeware. As is known to all, it is really an edge tool for software cracking, and a must-have tool for many novices.

OllyDbg is best at analyzing function procedure, looping statements, select statements, tables, constants, strings in code, tricky constructs, API calls, number of parameters in function, importing tables, and so on. All of these increase the readability of binary code, and reduce the possibility of making mistakes, which make our debugging work much easier.

As a relatively new dynamic tracking tool, OllyDbg’s design idea combing IDA Pro with SoftICE and its RING 3 level of debugger are all very easy to get started. In fact, it has completely replaced SoftICE and became nowadays most popular debugger & disassembler. Plus the support of plug-in extensions, OllyDbg is positively the most powerful debugging tool now. 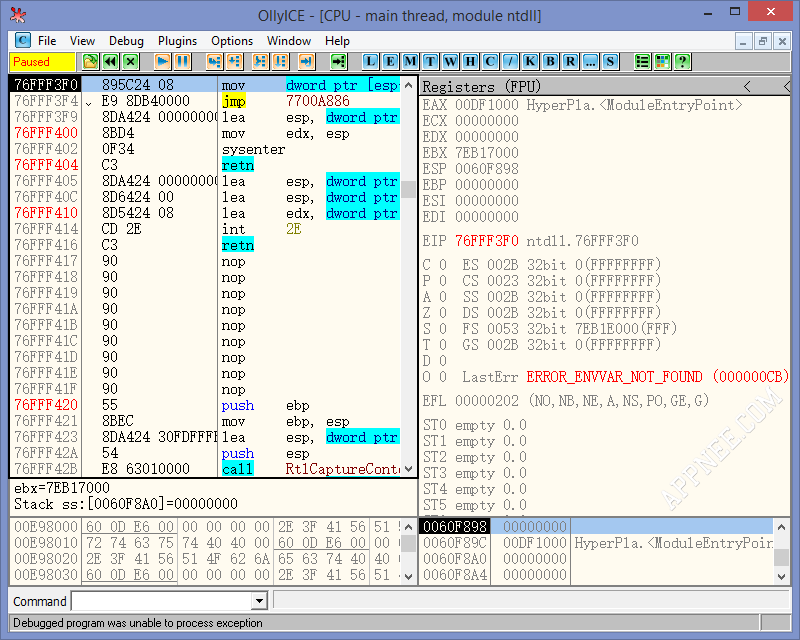 The author has no intentions to make OllyDbg commercial, even in second version. It is rated as a shareware for copyright reasons only.

Because the official of OllyDBG does not release new update any more, some enthusiasts tried to make and release its modified versions with some new added features (primarily additional plugins and tools), and fixed some bugs. Of which, 0llyICE is one of such versions, renamed with 0llyICE is to make it easy to distinguish from the original, while its essence is still OllyDBG. 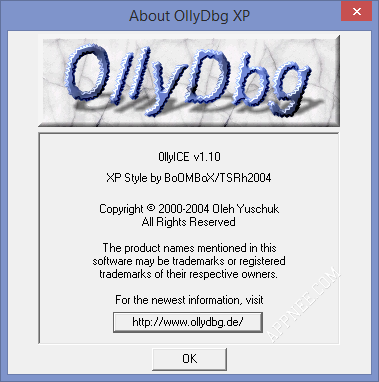