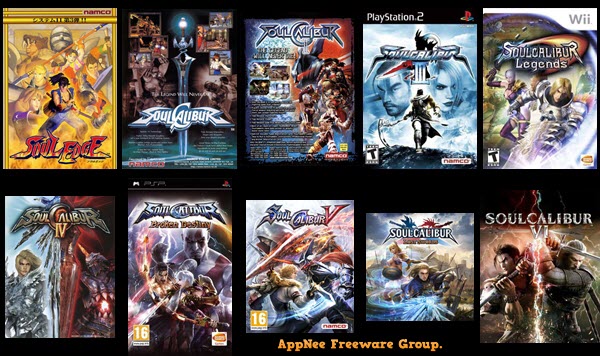 Soul Edge was originally released as an arcade game, then launched an upgraded and expanded PlayStation version with additional substantial new elements, which made a good score. In Europe and America, the PlayStation version was renamed Soul Blade (ソウルブレード). In 1998, Namco launched its sequel on SEGA DC game console, and started a whole new series – Soulcalibur (ソウルキャリバー). It was originally released on arcade console in 1998, then ported to Dreamcast console in 1999 with new features and improved graphics. The releases of this work and the following Soulcalibur II and Soulcalibur III were well received, and got a higher rating especially in Europe and United States, such as the perfect score to Soulcalibur from the famous Japanese video game magazine Famitsu (ファミ通).

Soul Edge’s graphics and character models are not as good as those of the contemporaneous fighting games like Virtua Fighter and Tekken, but its graphics is a completely 3D performance. Different from the fake 3D representation of “3D characters + 2D background” that was used in Virtua Fighter and Tekken for home game console at that time, although its characters were a little primitive, the fully 3D way of graphics expression increased the fun and experience in fighting. For this reason, only Soul Edge’s fight scenes have realistic interactive effects between arena and characters.

It is worth mentioning that Soul Edge’s opening CG animation is a classic. Its edited shots, narration mode, or exquisite expressions of characters reflected the superb CG production level and perfect motion capture technology of Namco. It completely got rid of the awkward and stiff action design of the previous computer character models. In addition, the background music, also the classical music of the whole game series – The Edge of Soul is also a big highlight. It worked seamlessly with the gorgeous opening CG and is still being talked about by countless players with delight even today. 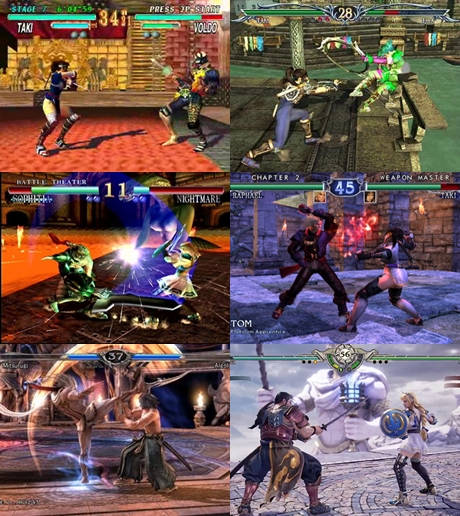 The series has seven main installments, four spin-offs and one remake: