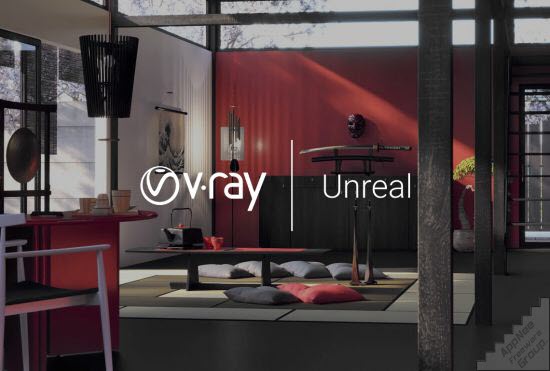 As one of the most popular physics-based renderers in the world, V-Ray is widely used by top design studios, architecture firms, advertising agencies and visual effects companies around the world every day. At the same time, many of them are starting to use Unreal Engine to create interactive or immersive experiences. Chaos Group noticed this, whereupon V-Ray for Unreal was born.

As a renderer plugin built specifically for Unreal Engine, V-Ray for Unreal is the fastest and easiest way to import rendered scenes with V-Ray directly from 3ds Max, Maya and SketchUp into the Unreal Editor for further rendering. When the scene is imported, the textures and lights are automatically converted into the real-time equivalent of the workflow in Unreal Engine. Meanwhile, there is a link between the two for launching V-Ray’s raytrace rendering from within the Unreal Engine at any time.

Advanced ray-tracing provides a huge force in architecture, automotive and product visualization fields, increasing the speed and quality with which users turn projects into real-time experiences. V-Ray for Unreal employs mixed rendering function, which can take full advantage of the comprehensive capabilities of GPU and CPU for ultra-high speed raytracing. This makes it more quickly, naturally, truly and visually consistent when generating raytrace images from within the Unreal Editor.

As a traditional and established renderer plugin, V-Ray is very popular in architecture, film & television, animation, game, and many other fields. As the most powerful real-time interactive engine now, Unreal Engine has been working very well in many areas. The combination of the two will undoubtedly bring us a more convenient and efficient workflow, thus greatly saving resource and time. And as V-Ray is more deeply integrated into Unreal Engine, I do believe we will see more features coming out. 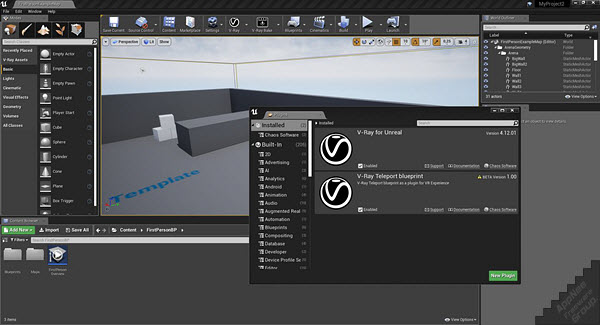 AppNee provides the V-Ray Next for Unreal full installers and unlocked files for Windows 64-bit only.

for V-Ray Next for Unreal v4.xx.xx:

*** This might also work with plugins based on V-Ray 4.xx.xx for the other host applications.