Vagante is a Rogue-Like indie small dungeon game inspired from Castlevania, Metroid, Dark Souls, and some other classic video game works. It has no complicated plot, only fairly subtle levels randomly generated by the program (including maps, props and its effects, equipment, traps, monsters, BOSS…), along with retro and pixel styles.

Due to its permanent and irreversible death design, Vagante can also be seen as specifically designed for those players who like challenges – once accidentally die you have to make a fresh start. In addition, the major part of the games scenes is pretty dark, therefore players must be careful in the game. At the early stage, its difficulty is a bit too hard, which requires players to have a good mastery of traps and the characteristics of various monsters, and then put them to use to destroy the powerful monsters, BOSS. In a word, you’ll find Vagante has very high playability along the way. 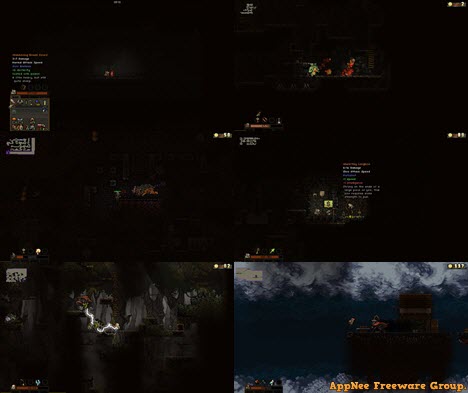 Rogue-Like is not a thing hard to understand, it is a umbrella name for a class of games. Properly speaking, it is affiliated to the role-playing game (RPG), as its one subclass – Roguelike-RPG. And in general, a Rogue-Like game has the following features: