VRChat is a very cool, free massively multiplayer online virtual reality social platform application (not just a game) developed by Graham Gaylor and Jesse Joudrey using Unity in 2014. If you think of VRChat as a pure game, then its gameplay is somewhat similar to that of Second Life and Habbo. In this VR world, every player can create his/her favorite world, room and character, incarnate into any figure he/she likes, and freely communicate and interact with strangers all over the world!

VRChat can be regarded as the first dating platform in the VR field (i.e.: virtual chat room). It focuses on chatting, opening up a brand-new way for communicating in different languages. In VRChat, you’ll meet people from all over the world. Although they speak different languages, they can try to communicate, interchange and play games together in many different ways. All you need to do is just use your imagination. With different background scenes to bring players into a abundant daily life, players can play as the characters they want to become and experience an adventure in the virtual space.

VRChat employs the 二次元 (にじげん, two-dimensional space) graphics and scenes design that is similar to the mobile game SAKURA School Simulator, and supports highly customized virtual characters (avatars, costumes, etc.). It comes with highly free gameplay, and players can freely define their virtual characters here. To put it simply, it is a surreal virtual communication space, in which you can participate in activities, attend classes, create arts, play games, put on performances, explore worlds, and do all kinds of things without leaving your home. Its core, of course, is a social platform where you can use your virtual body to make real friends. 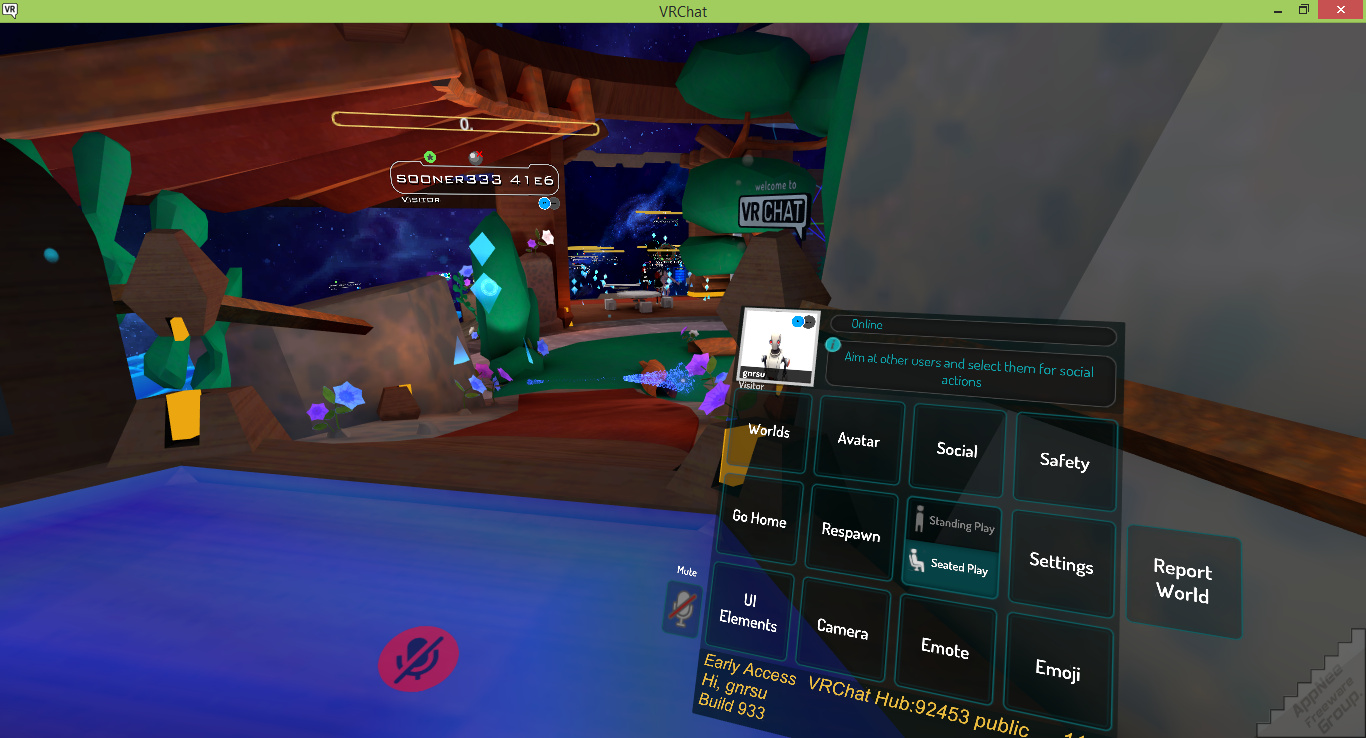 To truly understand and experience a community based entirely on virtual reality, you have to leave the real world behind. In VRChat, the streets are filled with cartoon characters (there’s no doubt that Japanese anime characters are fairly common in many of VRChat’s worlds), the human imagination can easily break down the boundaries of physics, logic and science. Thanks to the official SDK, anyone can create their own game avatars and stages. In fact, many of VRChat’s virtual worlds are created by users, therefore they are heavily populated with pop culture elements.

In AppNee’s opinion, VRChat’s significance is great, which is far beyond Second Life. For those guys who are shy and unsociable in real life (e.g., Otaku), it has become an irreplaceable community in real life (a social interaction with one’s avatar). It has even saved their lives and helped them fight with mental health problems such as loneliness, anxiety and depression. In a word, players who like VR can find more friends and fun here. 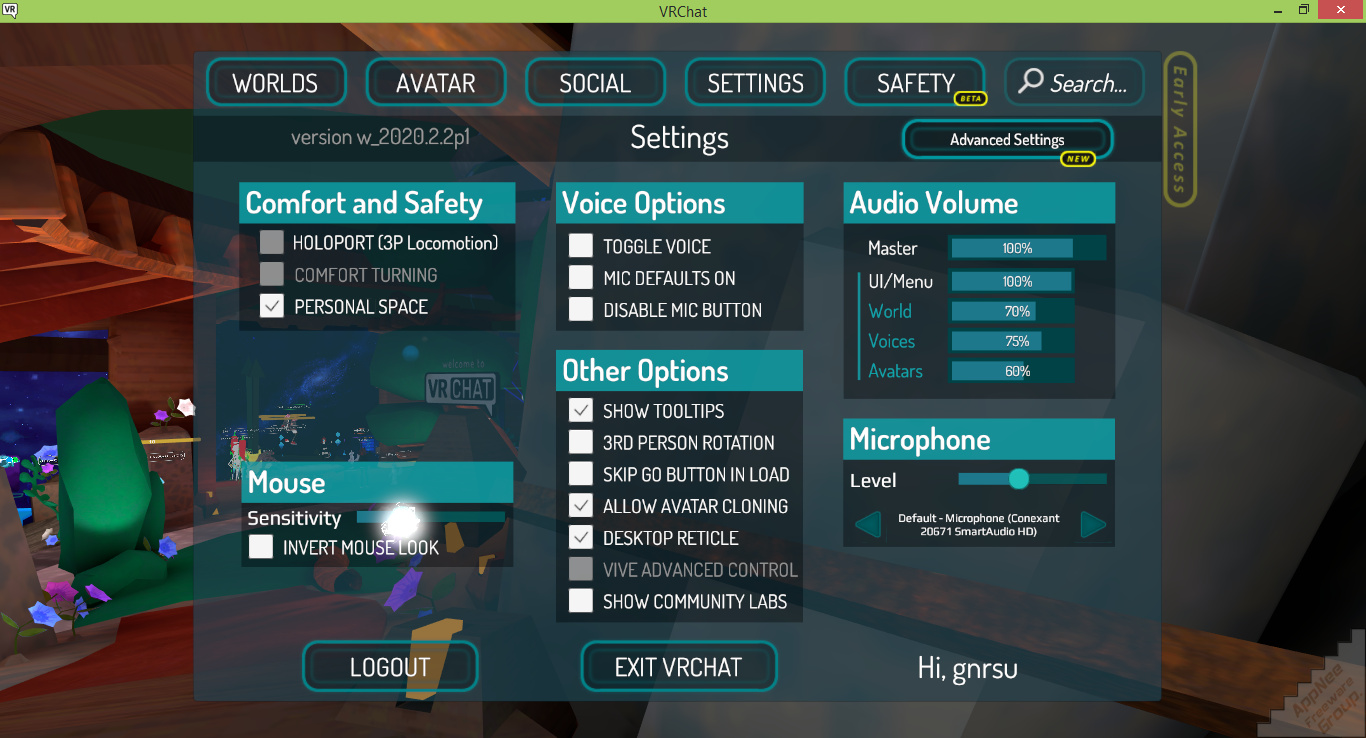