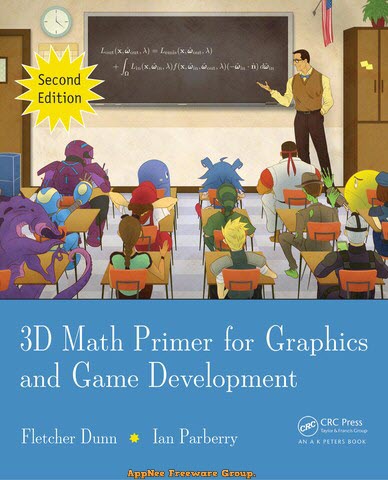 3D Math Primer for Graphics and Game Development goes into the mathematical problems that lie behind the 3D geometric world. It is an authoritative work in the game industry for exploring the core secrets behind game development, and is highly recommended by many game development enterprises. At the same time, it is also one of the designated teaching reference books of many professional training institutions.

3D Math Primer for Graphics and Game Development covers both theoretical knowledge and C++ code implementation. The theory part explains the relationship between mathematics and geometry in the 3D space, and the listed tips and formulas can be used as a manual for easy reference. The code implementation part demonstrates how to implement these theoretical concepts in code. Although the programming examples use the C++ language only, all theoretical knowledge in this book can be implemented in virtually any other programming languages.