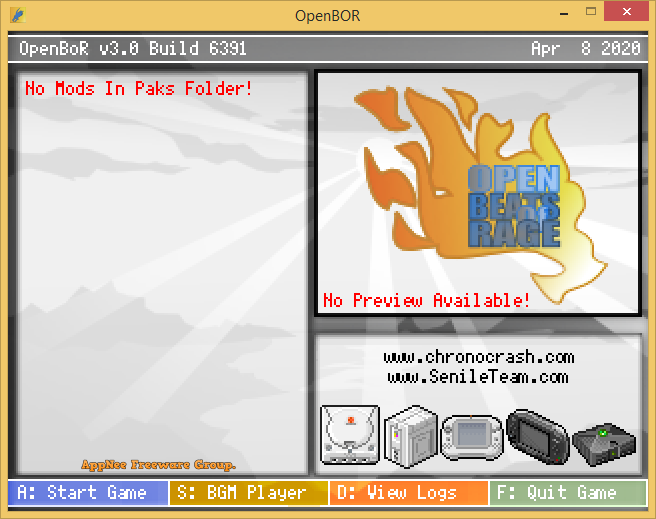 OpenBOR (short for Open Beats of Rage) is a free, open-source, sprite-based 2D side scrolling video game engine (not a console emulator) for Windows, Linux, Android, PSP and WII platforms. Users from all over the world have used it to create a lot of interesting Doujin games based on Double Dragon, Streets of Rage, Final Fight, The King Of Fighters, Street Fighter, Metal Slug, and more.

OpenBOR is actually the underlying powering engine for the free beat ’em up type of DOS game Beats of Rage (BOR) developed by Senile Team in 2004 – which was heavily inspired from SEGA’s classic game series Streets of Rage. Later, Beats of Rage’s source code was released publicly in 2005, and OpenBOR was born. Now, it has grown into the most versatile, easy to use, and powerful engine of its type you can find anywhere.

OpenBOR is mostly optimized for side scrolling beat ’em up style of video games (Double Dragon, Streets of Rage, Final Fight…), but it can easily accommodate any sort of gameplay style and features set you can imagine. Even better, the version of OpenBOR is constantly being updated, and its features are becoming more and more powerful day by day. BTW, the doujin games developed based on OpenBOR engine are mainly 2D side-scrolling type. To some extent, it can be regarded as a “sister product” to M.U.G.E.N, and its development approach is more complex than that of 2DFM.

Without doubt, OpenBOR has grown into the single most powerful and the most versatile two dimensional, sprite based game engine in the world. In addition to side-scrolling games, it is also capable of replicating Shumps, RPGs, platformers, and the like. Besides, the built-in scripting engine allows users to take it even further, making imagination the only real limit. But its game development process is to rely on editing plain TXT data to achieve, so it’s very energy- and time-consuming. 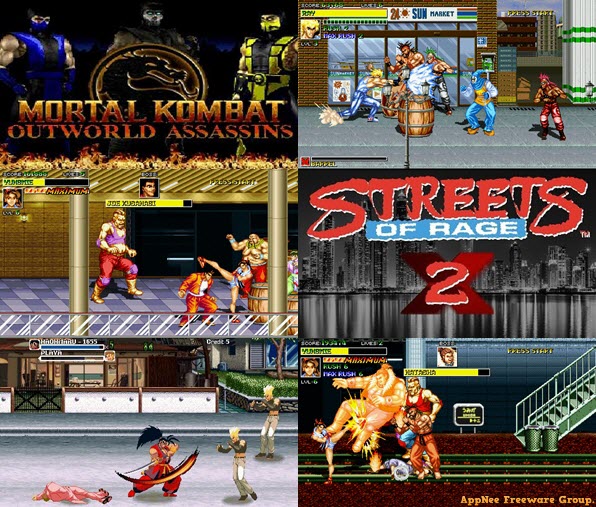