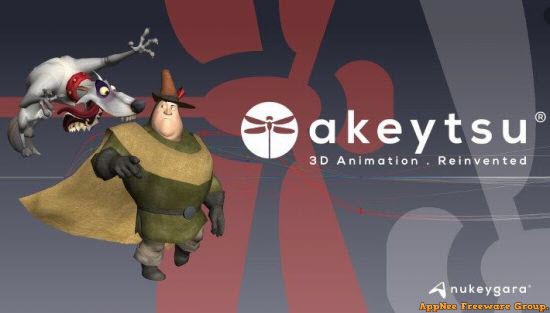 akeytsu is an unconventional but very powerful and reliable 3D skinning, rigging and animation program developed by Nukeygara from France. It’s focused on the game development market, was built to create large volumes of 3D animation with simple toolset, specially designed by and for animators. It can be regarded as a dapper 3D animation edge tool! A lot of animators who have used akeytsu say it’s efficient and fun.

As a professional program focused on game animations such as 3D rigging and 3D animating, just like Silo, which focuses on 3D modeling, akeytsu is very accurate in its positioning too. And because its designer is a senior animator (Aurélien Charrier), who has a very clear and accurate understanding of the entire workflow and pain points. Its operation and UI are both well optimized for rigging and animation, all kinds of curves can even be displayed directly in the scene without the need for a curve manipulator. Its default framework has templates for Unity and Unreal Engine.

For some popular animation production applications like Blender and Maya, they should learn from akeytsu’s new ideas and improve their workflow of rigging and animation. Because such comprehensive animation software generally only provides the skeleton and constraint mechanism, to produce more complex animation three layers of skeletons at least must be constructed. akeytsu, on the other hand, only requires the user to build the lowest level (i.e., the DEFORM layer). This alone can greatly improve the productivity. In addition, akeytsu can import/export pure animation data in animation mode, and this animation data can be used for animation reuse between different skeletons. Even better, the skeletons with a reusable animation don’t even have to be exactly the same. I think that’s what a lot of animators dream about. 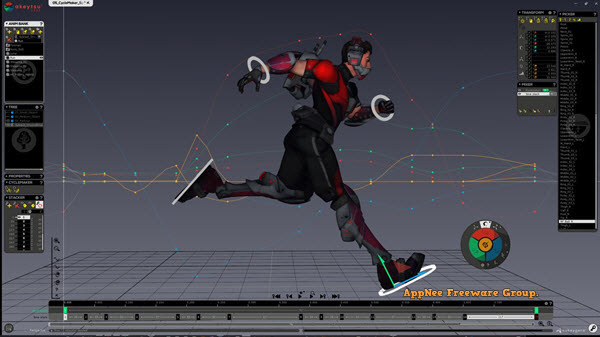